From 2010-2014, Dr. Ronald P. Uhlig was Dean, School of Business and Management, National University, La Jolla, CA. He returned to the faculty of the School of Engineering and Computing in 2014 as Academic Program Director for the Bachelor of Science in Computer Science program, sharing responsibility for the successful effort to secure ABET accreditation for this degree program, as recently announced. He is now Academic Program Director for the BS in Manufacturing Design Engineering. He currently teaches courses in cybersecurity, engineering management, engineering economics, technology and globalization, and computer ethics. During 2005-2010 he served the School of Engineering and Technology in multiple positions including Chair of the Department of Computer Science and Information Systems, and Academic Program Director for the Master of Science in Wireless Communications; as well as Principal Investigator for two Hewlett-Packard Technology for Teaching grants. From 2000-2005, he was President/CEO, SegWave, Inc., an educational technology systems company he founded. He recently served as co-Principal Investigator for a National University grant on enhancing the student learning experience through collaboration.

Previous positions include Vice President for Russia and Eastern Europe, Qualcomm Inc., 1995-99, with offices in San Diego and Moscow, Russia and multiple positions with Northern Telecom and Bell-Northern Research in Ottawa, Canada and Richardson, TX during 1978-1995, including Director, Intelligent Network Solutions and Director, Asia/Pacific Strategic Marketing. He is one of several “Fathers of email”; based on work he did with the US Army and DARPA in the 1970s and several international committees he chaired during 1979-91. Those committees and other interests have taken him to more than 100 countries globally. He had nationwide responsibility for US Army Materiel Command scientific & engineering computing, 1969-78, pioneering many applications in what has become today’s Internet, and he served as a US Army Officer in the Office of the Chief of Staff, in the Pentagon, 1966-1968. 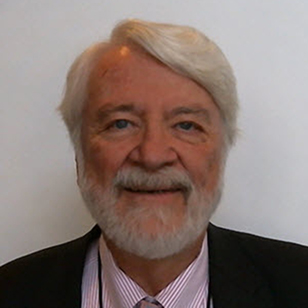