Skip to Content
Home » Ask an Expert: Is Human Behavior Genetic or Learned?

Ask an Expert: Is Human Behavior Genetic or Learned?

When you have a question, it’s always best to turn to a subject matter expert for answers. In our blog series, Ask An Expert, National University staff and faculty members take turns answering challenging questions in their areas of expertise. This time we ask psychology professor, Dr. Brenda Shook, “Is human behavior genetic or learned?”

Nature vs. nurture. It’s an age-old debate: Do we inherit our behaviors, or do we learn them? Are our habits hereditary, or did we pick them up along the way?

If you were to ask Dr. Brenda Shook, psychology professor, and academic program director at National University, “Is human behavior genetic or learned?” she’d reply: “That’s the wrong question to ask.”

Shook says the question we should be asking is, “To what extent is a particular behavior genetic or learned?”

So, Is Human Behavior Genetic Or Learned? It’s Complicated.

It’s pretty clear that physical traits like the color of our eyes are inherited, but behavior is more complicated. Shook says, “It’s a complex interaction between genetics and environment.”

Shook uses singing as an example. Someone could be an excellent singer, but is that talent genetic or what it learned? “It’s both,” she says. Maybe this person doesn’t necessarily have a good singing voice, but her brain is wired to be able to learn and remember. So her genetics might have made voice lessons more effective.

Diving a little deeper into the biological realm, she explains that we don’t inherit behavior or personality, but rather we inherit genes. And these genes contain information that produces proteins — which can form in many combinations, all affecting our behavior. Even with this DNA, Shook says of the outcome, “… and it still could depend on the environment: what will turn on and off a gene?”

Shook said there’s a growing interest in how, when, and why some genes activate, and some don’t. She refers to this area of research as epigenetics. 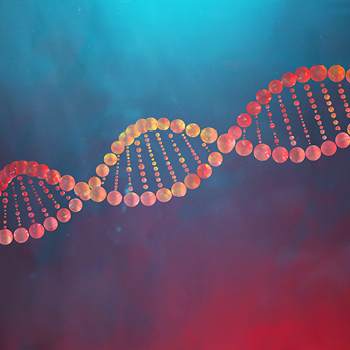 The American Psychological Association defines epigenetics as the study of how variation in inherited traits can originate through means other than variations in DNA. Psychology Today contributor Darcia F. Narvaez puts it into simpler terms: “In other words, the lived experience of an individual can influence their gene behavior.”

Epigenetics involves looking at the “epigenome,” which scientists describe as a layer of “chemical tags” wrapped around our protein-covered DNA. The epigenome “marks” can influence the physical structure of the genome, which in turn can dictate which genes are active or inactive. While our DNA code doesn’t change, the epigenome can. Specific “tags” can react to outside influences, which can adjust how the body reads that gene.

Shook says one of the most compelling reasons for studying epigenetics is cancer research. With a greater understanding of the epigenome, could we one day alter genes to prevent disease? This possibility is stirring excitement in the medical community; however, it has also brought up ethical concerns. Still, epigenetics is probably the most relevant places to which we can look for answers to questions like: “Is human behavior genetic or learned?”

(If you’re fascinated by this topic, you might also like our article, “Can human behavior be studied scientifically?”

Some people take their curiosity about human behavior in a more scientific direction, such as a career in academic, scientific, or medical research. Typically, though, people are interested in the study of human behavior as it pertains to everyday life. Graduate online degree programs in this subject area appeal to people in a wide range of professions and positions, from sales managers and marketing analysts to human resource directors and law enforcement officers. An understanding of human behavior is beneficial in the workplace in many ways. Not only can it help people perform their current duties better, but also it could help someone advance into a management or supervisory role.

Studies in human behavior, such as in National’s Master of Arts in Human Behavior Psychology, will cover topics such as:

While human behavior studies are often associated with psychology, other fields also explore the human condition: sociology, anthropology, communication, and criminology. Some master’s programs, such as National’s, allow you to take electives in these areas. The study of human behavior at the graduate level can also serve as a foundation for related Ph.D. programs.

While not everyone who studies human behavior goes to the molecular level, the research will continue to inform the field. And there’s a lot more to discover.

“Just when we start to figure something out, something else comes along,” Shook says.

Perhaps not having a solid answer to “Is human behavior genetic or learned?” is what makes the field so enticing.

If you — or your current or desired career — could benefit from a broader understanding of what makes people who they are, explore National’s social sciences and psychology degree programs, with many available online.

About our Expert: Dr. Brenda Shook is an associate professor and academic director for the bachelor of arts in psychology program at National University. She has a master’s degree in psychology, with a specialization in psychophysics, from California State University, Stanislaus. Shook earned a Ph.D. in psychology, with a specialization in biological psychology and neuroscience, from Brandeis University, and then completed six years of postdoctoral training: two years at UC Davis and four years at UCLA. At UC Davis, she studied prenatal brain development, and at UCLA’s medical school she studied postnatal brain development, brain plasticity, and neurophysiology.

Prior to joining the faculty at National, Shook taught at Mount Saint Mary’s College, where she also served as chair of the department of psychology.

Back to All Blog