The long-running CSI: Crime Scene Investigation police procedural drama on CBS, which ended in 2015 after fifteen seasons and numerous spinoffs, thrust forensic science into the public limelight. While the show increased awareness of the field, forensic science educators and law enforcement professionals both stress that a career in crime scene investigation is not exactly as portrayed on television. Most crimes are not neatly solved in the span of an hour, nor is the job as glamorous as on TV, but crime scene investigation is a rewarding profession that plays an important role in seeking justice.

Professor Ismail M. Sebetan is a forensic pathologist and director of National University’s (NU) forensic sciences program, which includes a graduate certificate in forensic and crime scene investigation and a master’s degree in forensic sciences. He says that one of the most rewarding aspects of the profession is searching for the truth and preventing injustice in the local community. “In addition, one of our main objectives in forensic science is safeguarding public safety and public health,” he adds.

According to Sebetan, crime scene investigation entails the collection and examination of evidence at crime scenes. Evidence collected includes fingerprints, hair, fiber, or DNA, which are then taken to a crime laboratory for analysis. NU’s crime scene investigator training teaches students about the various types of evidence they might encounter in the field. “Students learn about the types of evidence they are going to look for, and then about all aspects of detection, collection, identification, transportation, and how to keep the chain of custody until they hand off the evidence to the crime or forensics laboratory for analysis,” he says.

Crime scene investigators are also tasked with securing the crime scene, maintaining equipment, writing detailed reports, and testifying to their findings in court.

How To Pursue A Career in Crime Scene Investigation 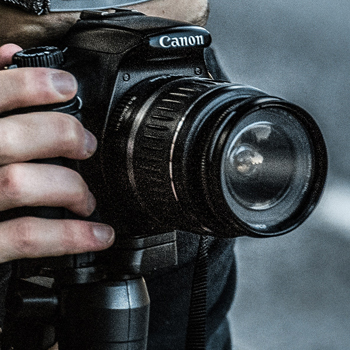 One of the fastest growing subfields of forensic science is computer forensics, which is projected to grow by 28 percent between 2016 and 2026. Many agencies are seeking professionals who are able to process digital evidence such as video, images, and audio files.

Current employees of law enforcement agencies, such as state and local police or federal agencies, who are interested in crime scene investigator training are also eligible for National University’s Law Enforcement Scholarship. The award will cover 25 percent of tuition, up to $16,500, for approved coursework and can be used towards courses on National University’s campus or for an online degree.

NU’s crime scene investigation classes for the graduate certificate program include two forensic pathology classes, crime scene investigation, advanced criminalistics, digital evidence, law and criminal procedure, and fingerprint analysis. The seven required courses may also be applied towards the master’s degree in forensic sciences, which offers specializations in investigation and criminalistics, assuming students meet the GPA and other degree requirements. Through these classes, students completing the crime scene investigator training at National University will learn about human anatomy, how to interact with forensic pathologists in cases of violent death, how to collect and manage different types of physical evidence, investigative techniques related to computer forensics and digital evidence, criminal and civil law, and fingerprint processing and analysis.

Students can complete the forensic science certification in as little as seven months because of National University’s intensive one-course-per-month format. Many students are able to combine full-time employment with full-time studies due to the unique schedule. If necessary, students are able to take a month off from classes and then easily resume their studies.

Jesus Leon, a former sergeant in the Marines, enrolled in National University’s crime scene investigation classes because of his interest in becoming a special agent at a federal agency such as the FBI or NCIS. He earned a bachelor’s from NU in criminal justice followed by a master’s in forensic sciences immediately following his separation from the military in 2013. Many of the courses in NU’s forensic sciences master’s are the same classes offered through the crime scene technician certificate.

National University’s laboratories allow students to gain first-hand experience in areas such as toxicology, digital evidence, fingerprint analysis, and trace evidence using the latest equipment. “One great thing about National University is that we get a lot of hands-on training. We had two laboratories where we could analyze fingerprints and blood splatter and learn how to photograph a crime scene,” Leon says. “That was a big plus, being able to get hands-on training and not just read a powerpoint slide telling us how to do it. We learned in the classroom and then we went from there to the laboratory to put it into practice.”

Leon adds that he also learned a lot about emerging technology in the field of forensic science. “It’s a lot easier for investigators and detectives to investigate a crime using 3D technology compared to how it was 20 years ago. Now they just set up a 3D scanner and it does all the work for them in a fraction of the time,” he says.
In addition, Leon says he learned about how to properly take fingerprints, how to understand human anatomy and identify possible time and cause of death, as well as how to write reports that are admissible in court. He appreciates the fact that his professors were either practicing or retired professionals in the forensic science field, such as Dr. Sebetan who has been working as a forensic pathologist since 1972. Leon also had the opportunity to visit active crime scenes at the invitation of faculty who worked with the San Diego Police Department.

Bringing Professional Experience Into the Classroom

Like many National University faculty, Calderon draws on her extensive professional experience as a former crime scene investigator in the classroom. Her crime scene investigation classes introduce students to everything from what to expect when arriving at a crime scene to how to communicate with responding police officers, paramedics, and coroners. The course also covers the different types of crimes students might encounter, from small property crimes to violent crimes that include homicides, kidnapping, and rape.

“We talk about what you are going to need as far as tools, equipment, and manpower to be able to handle the scene appropriately,” she says. “Then we discuss the different types of physical evidence that you can come across at a crime scene, how you would process the crime scene, different crime scene search pattern methods, different measurement methods, and how you would diagram, take notes and photos.”

While forensic science certifications can provide important training and information, a lot of learning also occurs on the job. Calderon says that crime scene investigators start in an entry-level position doing field work, before specializing in areas such as fingerprint examination, tire mark impressions, bullet trajectory, and bloodstain pattern interpretation. Almost all agencies require a several-month probationary period. After a few years on the job, investigators may become a crime scene lead with responsibility for overseeing the entire scene.

“When you’re talking about more specialized types of positions within forensic science or crime scene investigation, these are all things that actually require time, skill and expertise,” she says. “Somebody who just came out of school is not going to go straight into doing higher-level forensics. You start out at entry-level work, which is fieldwork. You’re constantly being exposed to different experiences in the field, which later helps you to determine what area you want to go into.”

Another option for specialization is in medical investigation, which students learn about in their pathology courses offered through National University’s crime scene investigator training. Professor Sebetan says that medical investigators are forensic specialists who work directly with the coroner or medical examiner. They will often be the first on the scene to deal with dead bodies. “When we deal with a death investigation, the most important parts are the time of death, the cause of death, the identification of unknown individuals, and the collection of evidence,” he says.

According to Professor Calderon, crime scene investigators working in rural areas or at smaller agencies might have more opportunity to gain broader experience earlier in their careers than those employed at large organizations in urban areas. Technicians working for larger agencies might start with processing property crimes, such as incidents related to vehicle, residential and commercial burglaries, or hit and runs. “A person starting in a smaller municipality would probably be exposed to more aspects of forensic science and crime scene investigation,” Calderon advises.

Calderon cautions that crime scene investigation is not for everyone due to the irregular work hours as well as having to deal with horrific crimes on a daily basis. After every crime scene is processed, it’s standard practice to hold a debriefing with detectives, police officers, and other law enforcement personnel. “There’s usually a therapist or psychologist on hand to deal with any emotions that came up during the processing of the crime scene,” Calderon says. “But outside of that, you have to have thick skin. You have to learn to desensitize very quickly if you really want to stay in this career.”

Crime scene investigators should be adaptable as they never know what a given day might bring. They are often called to crime scenes in the middle of the night or on holidays, which can eventually take a toll. Calderon says technicians need to be able to work in different environmental conditions, both inside and outside, at different times of day. They might be working in the rain or need to crawl into tight spaces to collect evidence.

She adds that the job also requires an ability to work with other law enforcement professionals, such as detectives and coroners, as well as to interact professionally with victims, suspects, and witnesses. “Crime scene investigation requires a collaborative approach,” Calderon says.

Calderon explains that there’s a huge responsibility that comes with being a crime scene investigator. Not only are they tasked with properly handling evidence and maintaining chain of custody, but they are also expected to testify in court. “There is a lot of weight on your shoulders because if you make an erroneous identification or an erroneous testimony, that could cost you your career,” Calderon says.

As a result, the profession requires good organization skills. “You really have to be meticulous and pay close attention to detail, gather as much evidence as possible, and look for anything that looks like a red flag or doesn’t make sense. Essentially, you’re processing a crime scene to be able to find guilt or innocence,” Calderon says.

She explains that crime scene investigators need to be comfortable and confident with public speaking as they will often be called to testify in court. They might be subpoenaed by either the prosecution or the defense. Calderon was often put on the stand as an expert witness. “It’s our job to remain impartial, factual, and straightforward,” she says.

For Calderon, playing a part in seeking justice for victims of crimes was an important reason she did the job. “For me, the most rewarding part of being a crime scene investigator was definitely finding justice for the victims or the victim’s family,” she says. “There is relief in seeing somebody being held accountable. We don’t have control over the outcome of cases, but my work allowed for resolution and some sort of peace for the families of the victims.”

For more information about the National University Certificate in Forensic and Crime Scene Investigation (FCSI), please visit our program page.