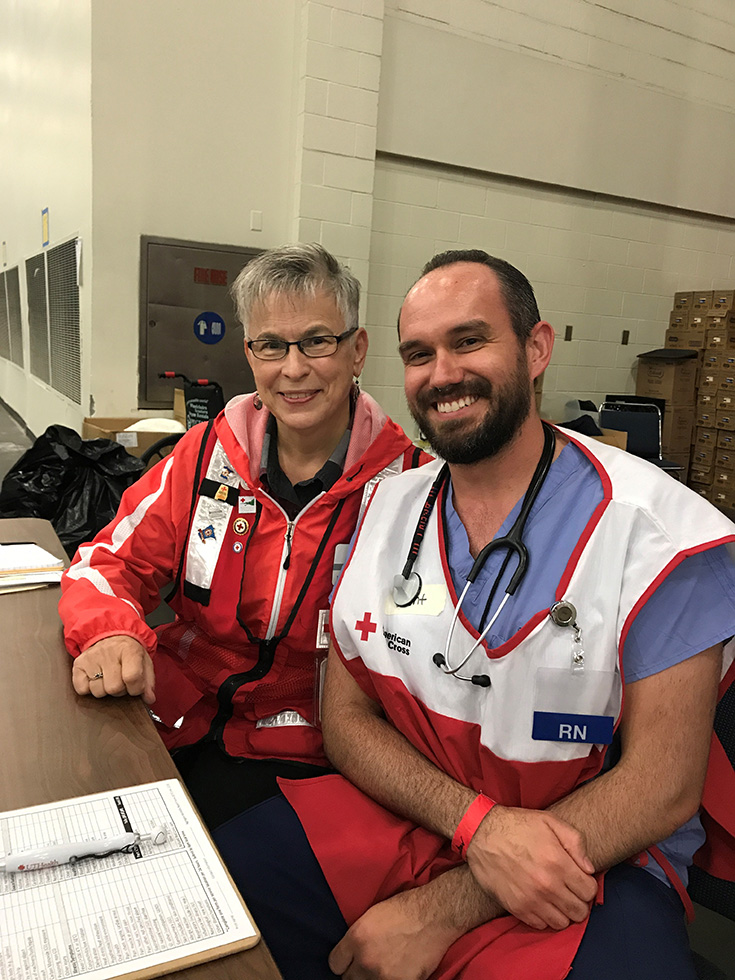 When National University alumnus Brent Reel saw the magnitude of Hurricane Harvey—the wettest tropical cyclone in U.S. history, dumping more than 40 inches of rain on eastern Texas—he knew he had to help. Reel (BSN, 2016), a senior clinical nurse consultant for Cardinal Health, used his own vacation time and frequent flyer miles to get to Houston where he volunteered four days as a disaster relief nurse.

“Disaster relief nursing is a priceless experience, definitely demanding, but also hugely rewarding,” said Reel, who assisted with wound management, community health needs and helping to monitor chronic illnesses at a temporary shelter in downtown Houston. “It’s about figuring out how to work with what you have while trying to help people get their lives back on track and move on.”

This was the second time that Reel has volunteered as a disaster relief nurse, after responding to a similar plea for disaster relief nurses the year before in the Caribbean. From that experience, and 2017’s Hurricane Harvey, Reel shares some tips on how to prepare for emergency relief work of this nature:

The experience was challenging and personally satisfying for Reel, who saw how healing can take many forms. “We had a lot of children present, and many healthcare providers played with them when possible. It was fun being able to take them out of that grim situation for a moment and just be a friend,” he said. “Volunteering was about much more than medical care and providing food and shelter. Being there actually made me a better human being.”