Public Health Careers: Why Should I Consider One?

Life expectancy is a pretty good measure of public health. Therefore, the reported decline in life expectancy in a number of high-income countries, including the United States, should sound a warning bell that the nation’s public health is facing a crisis. Experts point to a number of factors contributing to this increase in mortality, including poor diet, obesity, substance abuse (illicit drugs and prescription medicines), issues relating to poor mental health, and factors relating to a decline in the general public’s level of trust in the medical establishment.

We spoke with Dr. Alba Diaz, Academic Program Co-Director in Health Sciences at National University, to understand the underlying causes of this crisis and to examine the various public health careers available to students who want to be part of the solution to the current situation and improve the nation’s health. 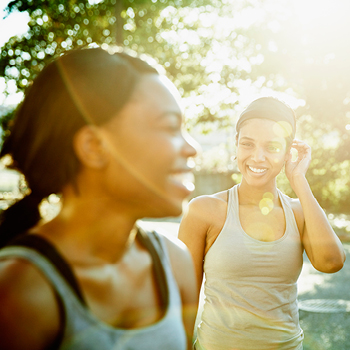 According to Dr. Diaz, a good public health program is all about prevention and making sure that people are well informed to make the kind of decisions that empower them to take care of their own health. This process starts with education and having frank conversations about the issues that impact on public health. This might mean having conversations that people don’t always feel comfortable talking about.

Issues like substance abuse, sexual health, mental health, and suicide (problems that are often linked) are particular areas where the conversation needs to be more open.

“According to the CDC (Centers for Disease Control and Prevention), if no preventative action is taken by 2020, substance abuse and mental disorders in the United States will surpass all physical diseases as a major cause of disability,” says Diaz. “It’s shocking; half of all adults in the U.S. will develop at least one mental disorder.”

As well as the personal impact this has on the individuals and families directly affected, there is also a major societal and economic impact of not addressing the problem.

“In the U.S., substance abuse and mental disorders are the third most costly health condition behind heart disease and injury-related disorders,” says Diaz. “Mental illness and heart disease alone accounts for almost 70% of lost productivity.

The statistics Diaz shares about preventable deaths are staggering.

It’s not just illicit, street drugs are having an impact on the public’s health. Medicines, often prescribed by physicians for chronic pain, are contributing to America’s opioid crisis and resulting in more than 130 deaths every day.

Alcohol abuse, particularly among young people, is also a major problem according to Diaz.

“The saddest thing is that 5,000 deaths each year are attributed to underage drinking,” says Diaz. “A lot of this is happening on college campuses. As public health professionals, we need to talk more to our younger generation.”

Tragically, many preventable deaths appear to occur almost under the noses of medical professionals.

Perhaps most shockingly, Diaz states that upwards of 80% of older people who commit suicide had visited a physician on the same day that they took their own lives.

“This should be a red light for our colleagues in medicine,” says Diaz. “People are crying out for help. It’s not about finding a cure. It’s all about prevention.”

This means that public health workers, physicians, and even policymakers in government have a duty to look beyond the all-too-obvious symptoms a patient might present at a doctor’s office and root out the underlying causes.

According to Diaz, significant health problems often come as part of a much bigger package.

Diaz believes that doctors need to dig a little deeper to address problems in their patients’ lifestyles and habits rather than immediately reaching for their prescription pads.

“There are physicians who, when they find a profile of somebody with sadness, headaches, and confusion, immediately diagnose depression,” says Diaz. “They think that the solution is to prescribe an antidepressive medicine.”

If depression is wrongly diagnosed, this can lead to more significant problems.

“If they don’t actually have the condition, a secondary effect of antidepressants is that their condition gets even worse,” says Diaz. “The dependency on these pharmaceuticals is increasing along with the number of suicides.”

According to Diaz, nutrition is just one area where doctors could focus on to improve their patients’ well-being and health.

“Doctors should know more about nutrition because many of the foods we eat are the reasons why we are getting sick,” says Diaz. “The first question that they should ask is: What is your diet like, what do you eat?”

Persuading medical professionals and the general public to change the way they approach their health isn’t something that happens overnight. As such, Diaz believes policymakers in government need to invest more in the health of the population.

“I think for many countries it has taken a long time to recognize the importance of public health, reducing the incidences of disease, disability, and other conditions,” says Diaz. “However, after many years of work, the policymakers in government are seeing that good public health programs deliver exceptional value for money and prevention is always more cost-effective than cure.”

When you consider how difficult it is to tackle public health issues that are already well known and understood by the general public — the vast majority of people understand that smoking or obesity is bad for their health but many still require encouragement to address these problems — it is easy to see how much more difficult it is to tackle more complex issues. This is particularly true when wide sections of the population have been fed misleading or disingenuous information often via mainstream media channels, social media, and even otherwise well-meaning community and faith groups.

“We have a big controversy about vaccines,” says Diaz. “That is a serious one that we need to attend to as soon as possible.”

According to the CDC, potentially fatal diseases like measles, which was virtually eradicated in the United States at the turn of the century, are on the increase due to a decline in the number of children being vaccinated against the disease. This decline in immunization has largely been attributed to discredited information, often amplified on social media, connecting the MMR (measles, mumps, and rubella) vaccine to autism.

“In public health, we need to concentrate on reducing the incidents of diseases, disabilities, and other conditions, so the public health programs providing vaccinations have made huge success in promoting public health,” says Diaz. “It has demonstrated that prevention is cost-effective.”

Ensuring that the public is provided with the right information to make informed choices that benefit their health and the health of the wider community is the primary objective of public health programs.

“The main emphasis is on promoting human health,” says Diaz. “We do this through organized efforts leading to individuals and communities making informed choices to the benefit of their health.”

This starts by providing public health workers with the right information and the right tools to do the job.

“We start with the student and continue from there,” says Diaz.

What to Do With a Public Health Degree

Career opportunities in the public health sector are as diverse as the issues impacting the wider public health.

A Bachelor of Science in Public Health from National University will open the door to a number of jobs in public health including entry-level positions with governmental health agencies, voluntary health agencies, community-based/non-governmental agencies, medical care services, education agencies, and business and industry.

According to the Bureau of Labor Statistics, the role of health educators and community health workers are in particularly high demand across the United States with more than 19,000 new jobs expected to be created between 2016 and 2026. As well as job security, public health workers can expect to earn approximately $46,000 per year (around $7,000 above the average national wage. The BLS suggests that public health workers with foreign language skills or prior knowledge of the community they serve may have even more favorable job prospects.

Some employers will require graduates to take the Certified Health Education Specialists (CHES) exam, which all graduates of the bachelor program in public health are eligible for, prior to taking up a position

Following graduation, students have found roles as microbiologists, working to find vaccines for a wide range of diseases; behavioral scientists, researching ways to discourage populations from smoking, drinking, overeating, or abusing drugs; and environmental health scientists, discovering foods that can reduce levels of cancer in the population, to name just a few.

Health is, of course, a big business in the United States where health care costs sky-rocketed to $3.65 trillion in 2018. It’s, therefore, perhaps unsurprising that you’ll also find many public health professionals working in the finance sector as health policy analysts, evaluating and making recommendations for health insurance providers.

Regardless of their chosen career path, Diaz believes public health graduates will have a long and rewarding career ahead of them.

“I think that the greatest pay is the enormous satisfaction that you get from working in public health,” says Diaz. “It’s a very gratifying job because you see changes, you see families getting better, you touch lives, you see that there is room for transformation and that you can bring an impact in any area. So it’s very, very rewarding.”

A Bachelor of Science in Public Health at National University is the first step towards a rewarding career in public health.

Throughout the program, students will develop the skills to:

Students in the Bachelor of Science in Public Health program at National University have the option to study for their degree online or on-campus.

National University’s unique rolling four-week class format, allows students to focus on one class at a time and because there are no extended breaks during the academic year, this means potential students are never more than 30 days away from starting on their degree program.

The flexibility afforded by this system also enables students to potentially graduate much faster than they normally would from a traditional university or take their time and balance their studies around their work and family commitments.

Students complete the program with an eight-week practicum where they have the opportunity to work in a specific field of public health.

“The practicum is a great opportunity for them to decide what path they want to follow,” says Diaz.

During their practicum, students can find themselves in the Navy Hospital in San Diego working alongside “brilliant epidemiologists.” Others might be steered towards the department of public health where they will work under the professional guidance of public health inspectors. For those interested in following a public health career in education, there are opportunities to complete the practicum at a number of schools and colleges in San Diego.

To learn more about the National University’s Bachelor of Science in Public Health.