Dr. Mohammad Amin received his Ph.D. and MS degrees in Electrical Engineering & Computer Engineering, and MS degree in Solid State Physics from Marquette University, Milwaukee, Wisconsin. He also received M.Sc. and B.Sc. degrees in Physics from University of Dhaka, Bangladesh. Currently, he is working as a Professor of Engineering at National University, San Diego, California. He is a recipient of 2020 Distinguished Teaching Award and 2016 and 2009 President Professoriate Awards from National University. Before joining NU, he worked for many organizations including General Electric, New Jersey Electric, Marquette University, University of Notre Dame, College of Technology-Makkah, Waukesha County Technical College, University of Wisconsin Center-Sheboygan, etc. He has published and presented more than 100 articles & papers, 3 US patents, and edited 9 books/proceedings. His current research of interests are wireless sensors, database, and computer applications. As of today, he organized the International Conference on Computer Science and its Applications (ICCSA2002-2006) as Program Co-Chair, the International Computer Science and Technology Conference (ICSTC-2008) as Database Track Chair, and the American Society for Engineering Education/Pacific South West Conference (ASEE/PSW-2009 & 2015) as Program Chair. 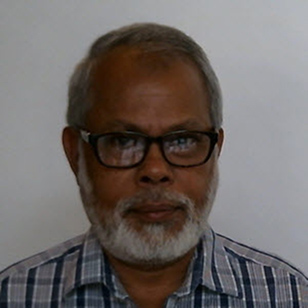